In 1999, Australian psychologist, social researcher and writer Hugh Mackay suggested the time was right for a revival in Australia.  He promptly went on to predict it wouldn’t happen, and was right. There has been no revival of faith in Australia in the two decades since. In fact, McCrindle Research confirms the number who call themselves Christian has fallen to 52%.

Even though the number of Australians identifying with no religion or a spiritual belief has risen to 32% there is still more than two thirds (68%) who do. In fact, the majority of Australians (55%) still believe in God, when God is defined as the Creator of the universe or Supreme Being. Similarly, the majority (53%) believe Jesus is very important to the history and culture of the world. That’s about the same percentage as those who call themselves Christian.

Of all those who call themselves Christian, only 15% of Australians attend church regularly. Less than a third. The figures confirm there hasn’t been a revival. They also suggest Jesus is still attractive to many non-church goers.

One such person was R. M. Williams the Australian bushman and entrepreneur.

“Plausibility structures” is the term employed by American sociologist, Peter Berger. It describes the preconceived personal and cultural assumptions we all hold and inform us what can and can’t be believed.

Plausibility Structures help explain how some people persist in believing things that aren’t true and other disbelieve what is true. No matter what the evidence, if it doesn’t conform to their preconceived expectations of plausibility, they will not accept it.

For example, there is just as much historical evidence suggesting Jesus existed than there is that Tiberius Caesar conquered the Gauls (perhaps more). But which is more plausible in Australia today?

“The future isn’t what it used to be.” French poet Paul Valery wrote these words over 90 years ago. Its just as true today. In our rapidly changing world the future looks scary. As a society we have moved from optimism to pessimism. In Tasmania today, particularly among our young people, their a great fear and cynicism towards the future, not only for themselves but for all of humanity.

The first pictures of planet Earth from outer space taken over 50 years ago brought a profound scientific and philosophical shift for many people. For the first time we saw our world as a small and lonely. Although beautiful, it sat suspended amid a vast, infinite and silent universe.

No longer was earth a series of continents, islands, nations, and peoples living in a fixed and unalterable environment. >>> CONTINUE READING

Have you ever heard of a Clayton’s Christmas? It’s a Christmas you have without having a real Christmas. 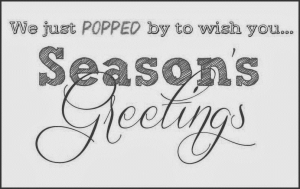 Back in the 1970s and 80s Clayton’s was a heavily marketed non-alcoholic, non-carbonated Australian beverage that looked a bit like whisky. Its boast was it is “the drink you have when you’re not having a drink”. It was aimed at reducing drinking among those who drank to excess.
Although it hasn’t been advertised for years, the idea of having a “Clayton’s” has entered into Australian vernacular. Today you can have a Clayton’s anything – a Clayton’s Tax: a tax that doesn’t raise any revenue; a Clayton’s marriage; a Clayton’s football team; even a Clayton’s Cake Stall! This is a fundraiser where you ask people to donate what they would have spent on baking the cake rather than baking it.

Psalm 27 encourages us to “Wait for the Lord; be strong and take heart and wait for the Lord.” (Psalm 27:14) This is a fitting encouragement as we begin Advent this week.


Advent is the time of celebration over the four Sundays leading up to Christmas and ending on Christmas Eve. Although there is no mention of it in the Bible, many people find it not only an enjoyable time but one that is spiritually enriching. It is, like the Psalm suggests, a time of great anticipation, of waiting, expecting, and hoping.
The entire nation of Israel had waited centuries for their Messiah to appear. Luke tells us the devout and righteous Simeon had been “waiting for the consolation of Israel” (Lk 2:25) and the prophetess, Anna, was “looking forward to the redemption of Jerusalem” (Lk 2:38).
Read On >>>

Writing in The Mercury’s TasWeekend recently (Nov 14), columnist Charles Wooley commented, “That’s the principle of the separation of church and state. To be less highfalutin, I think that just as we try to keep politics out of sport, our politicians should try to keep religion out of politics. It’s annoying to the large numbers who don’t share their particular faith and, besides, it only makes politicians look stupid.”


Wooley’s view no doubt reflects what many Tasmanians think, although how many it is hard to say. It is hardly an original suggestion and rather clichéd, yet in today’s society, it is somewhat naïve.
Despite what some might believe, the Australian constitution does not preclude religion in politics. What it does stipulate is that “The Commonwealth shall not make any law for establishing any religion” and “The Commonwealth shall not make any law … for prohibiting the free exercise of any religion”. The aim is to ensure no one denomination or religion becomes the official national church, and no person, no matter what their religious belief, will be barred from participating because of their religion. This is freedom of religion, not freedom from religion.
The argument that religion has no place in politics stands on a fallacy and an assumption secularism is somehow “value neutral”, while religion remains “value charged”.  Read More >>>

Slowly, subtly, and almost unnoticed it happens to the best of churches. It is detectable in churches in the Bible; it is found in churches across Australia.


Quietly we drift away from our core calling. Rather than focusing outwardly into the world of the lost, the lonely and the broken, we gaze inwardly at each other. Rather than caring and praying for those who don’t know Jesus, we spend our time and money caring for ourselves. Church members and church buildings become our focus.
Jesus called his disciples to go and make disciples. We are all called to be missionaries. Wherever we live or work or go to school that is the focus of our mission. For those of us who live in Australia, that means being a missionary right here.
Here in Tasmania, and within the denomination of which I am a part, regaining a healthy mission focus in our churches is the heart of Tasmanian Baptists’ desire to be a “mission shaped movement”.
It’s not as easy as it might sound. Once a church has become inwardly focused, there is a tendency to cling to the traditional ways of doing things and change becomes difficult, sometimes seemingly impossible. Quite often the process of refocusing a church outwardly, and bringing mission to its heart, is a very painful process. The tension between adopting new strategies for mission and maintaining . . .
Read More >>>

It’s been suggested one of the most important things you do in life is decide what’s important in life – who you are and what you do. It is as true for followers of Jesus as it is for anyone. As we choose to embrace the values of the Kingdom of God our lives change forever. In fact, so radical is the resulting transformation that Jesus described it as a re-birth.


Following Jesus is like starting life all over again. It is seeing everything in life from a totally new perspective. It changes our priorities and what’s important in our lives. These new values come from our relationship with Jesus Christ, by the indwelling of the Holy Spirit and through our reading of the Bible. Although some values develop quickly, others take years, perhaps decades, to develop.
Churches have values too. Along with our beliefs, there are the guiding principles to the way we live life together. No matter the breadth of our diversity, our individual expertise, our backgrounds or our culture, the church operates on a set of values that determine the way we relate to each other and the world around us. Sometimes we are not be aware what our values are, however a good look at the choices we make and the way we live will reveal them.
Read More >>>

Events in Australia over the past couple of weeks give one cause to wonder . . . will Australia remain a safe place for Christians to publicly express our views, especially when they are contrary to what some people want to hear?

American Troy Newman, head of the anti-abortion organisation “Operation Rescue” was due to speak at events run by Right to Life Australia. However, Newman had his visa revoked at the last minute because of fears his visit would “pose a risk to the community”. Some of what Newman has said may be provocative, however, he is on the board of “The Centre for Medical Progress” which recently accused the America organization, “Planned Parenthood”, of selling organs of aborted foetuses in the US.
In addition, Tasmania’s Catholic Archbishop, Julian Porteous, will face the anti-discrimination commission for distributing a booklet to the parents of children in Catholic schools. The booklet asserted marriage should be between one man and one woman – a position of marriage which was, until a few years ago, was the policy of all our major political parties. When the Labor/Greens government introduced new anti-discrimination legislation in 2012, it specifically said they would not inhibit discussion about same-sex marriage. Yet it is being used here to attempt to do just that.
Read More >>>


Last week Karl Faase, Australian Christian communicator, media presenter, and social commentator, was in Hobart speaking at Family Voice events. The former senior pastor of Gymea Baptist, is well informed about the challenges faced by the church in Australia today.
Faase suggested that the average Christian attending church regularly on a Sunday has lost confidence in what they believe. The sad result is an unwillingness, even an inability, to engage in conversations about Christianity during the week.
However, he encouraged Christians not to be silenced by the media’s caricature of the irrelevancy of Christianity, its heralding of the Church’s demise and its increasing hostility both. Rather, he said, it is time to regain hope in the gospel and boldness in our proclamation. “We need to move from fearful silence to positive engagement.”
Citing research by Olive Tree Media (his company) and McCrindle Research, Faase explained how Australians show significant “warmth” to Christianity contrary to what is commonly assumed. When asked, “What best describes your current beliefs and attitude towards Christianity?” 25%, who don’t consider themselves as Christians, are warm towards Christianity. This is on top of the 33% who described themselves as Christian (whether they are or not is another matter). What this shows is that nearly 60% of Australians have an open stance towards Christianity and are willing to talk about it.
Read more >>>